I'd seen recipes and pictures for something like this floating around the Internet for some time now. 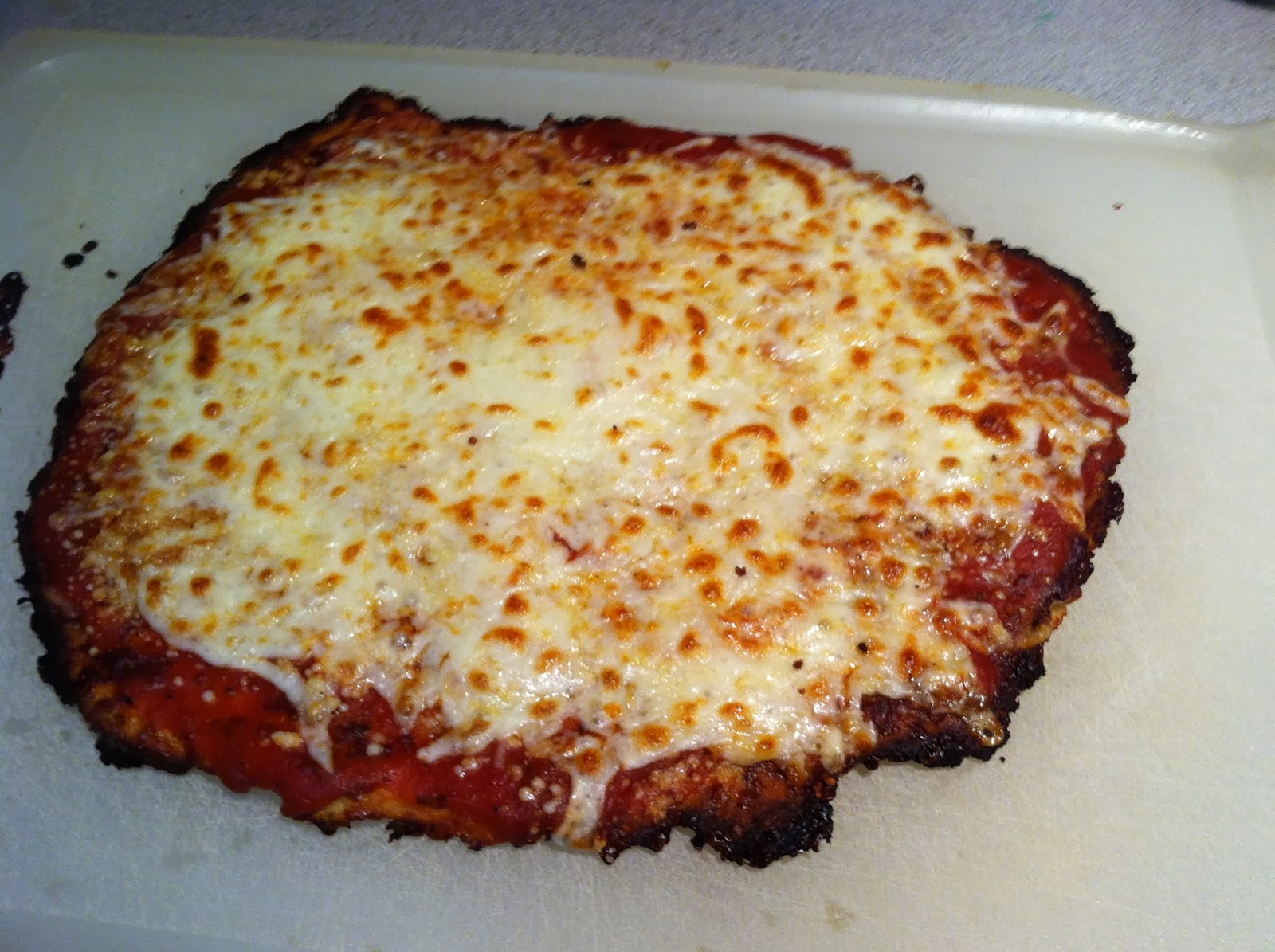 I'm always intrigued by these substitute recipes - especially when they're healthier or sub in a vegetable.  I especially like these kinds of recipes during Lent; when, for the past two years I've given up meat and bread.

I tried several iterations of the recipe until I found one that worked.  This crust - while not being crisp, like a brick oven pizza, was sturdy enough to support the toppings so you could eat it like a regular pizza.  And the flavor - wow.  It was buttery, gooey and perfect.  The crust still had a little bit of chew, like dough, from the cheese.

I won't say we'll use this every time instead of real dough, but it was easier and way less time consuming.

And just as good.

Plus anything for your toppings. 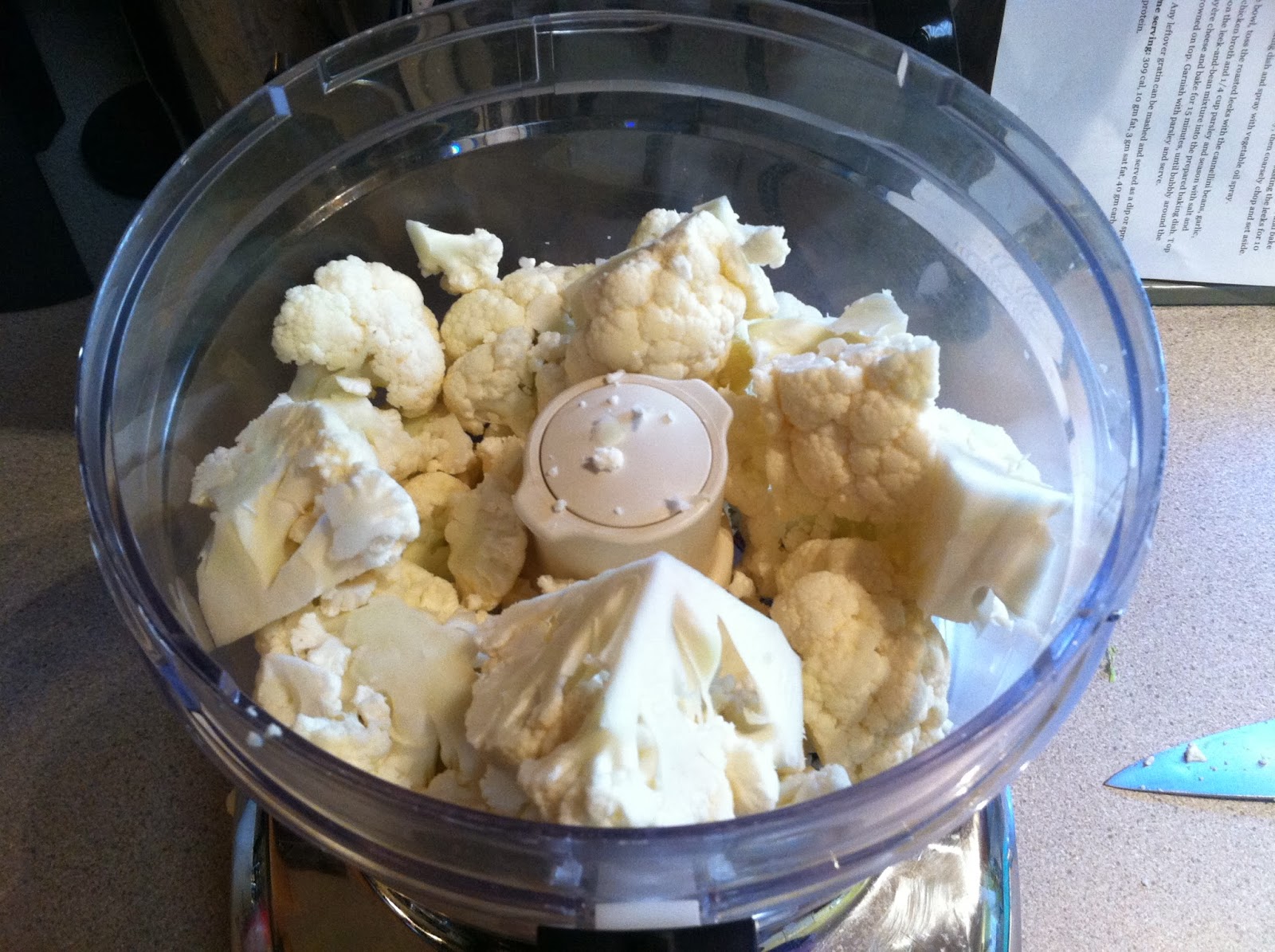 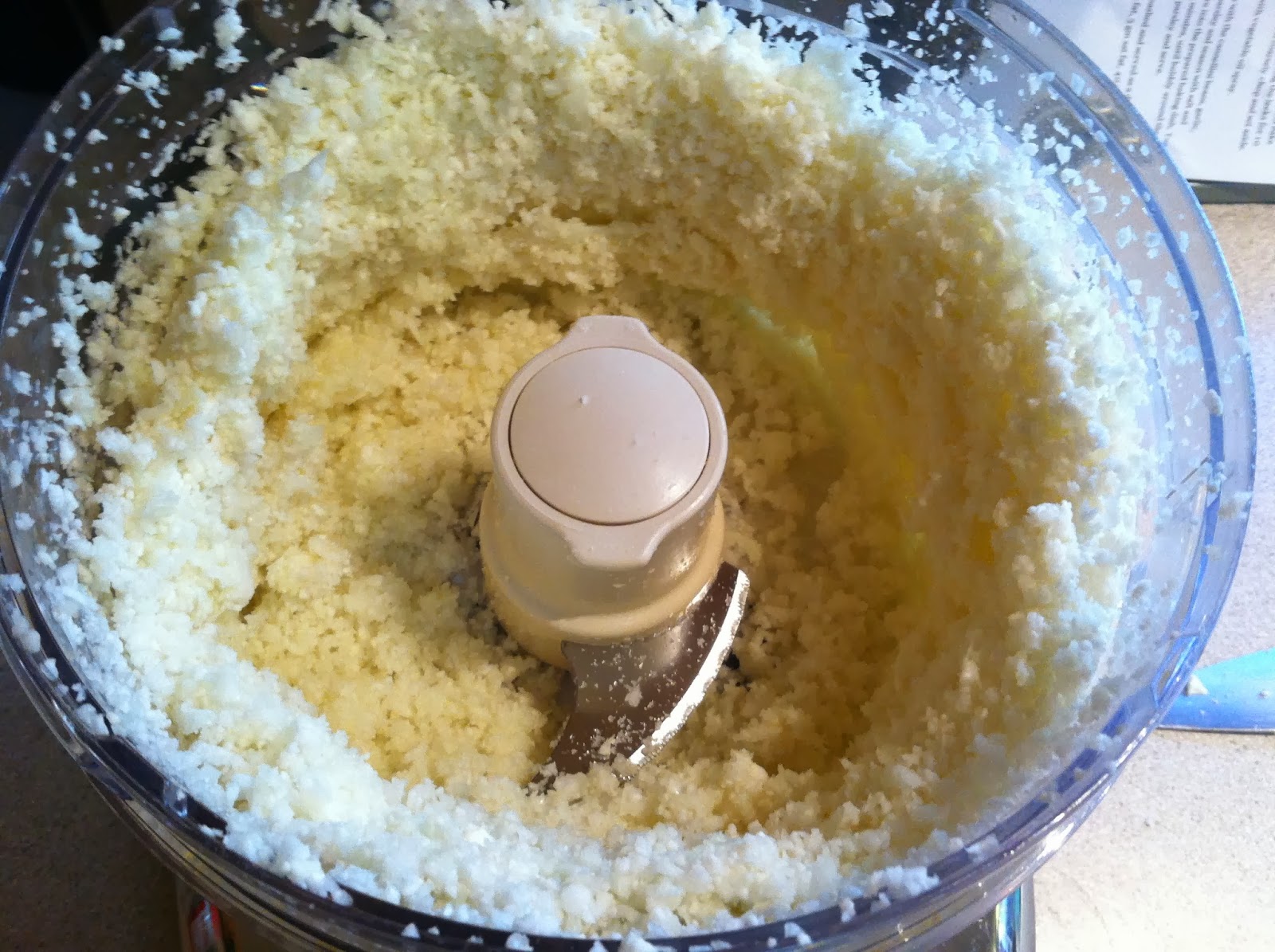 Microwave the cauliflower for 4-6 minutes, just to steam it all the way through, stirring halfway through.

While the cauliflower is steaming, combine the parmesan, mozzarella, eggs, salt, oregano and garlic powder and mix together.  Make sure the egg is good a mixed through. 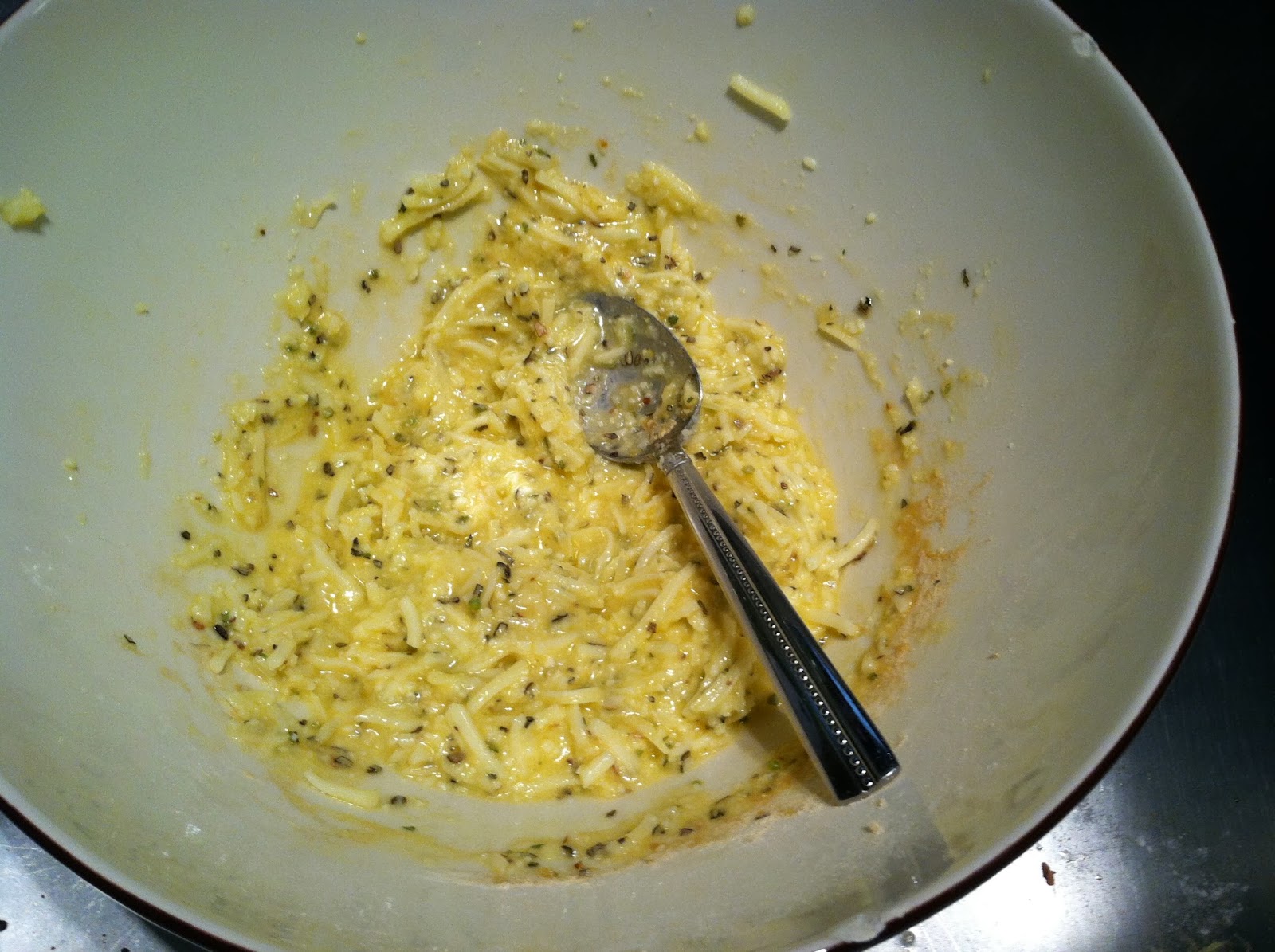 When the cauliflower is steamed, let it cool until it's cool enough to handle and squeeze any excess water out of it by placing it in a few paper towels and squeezing.

Add the cauliflower to the cheese/egg mixture and mix until combined.

Spray a piece of parchment paper and pat out the "dough" to your desired shape.  Keep it about 1/4-1/2 inch thick.  place the parchment on a baking sheet and cook for 15-20 minutes.  The sides will start to firm up, and the top with turn a light golden brown. 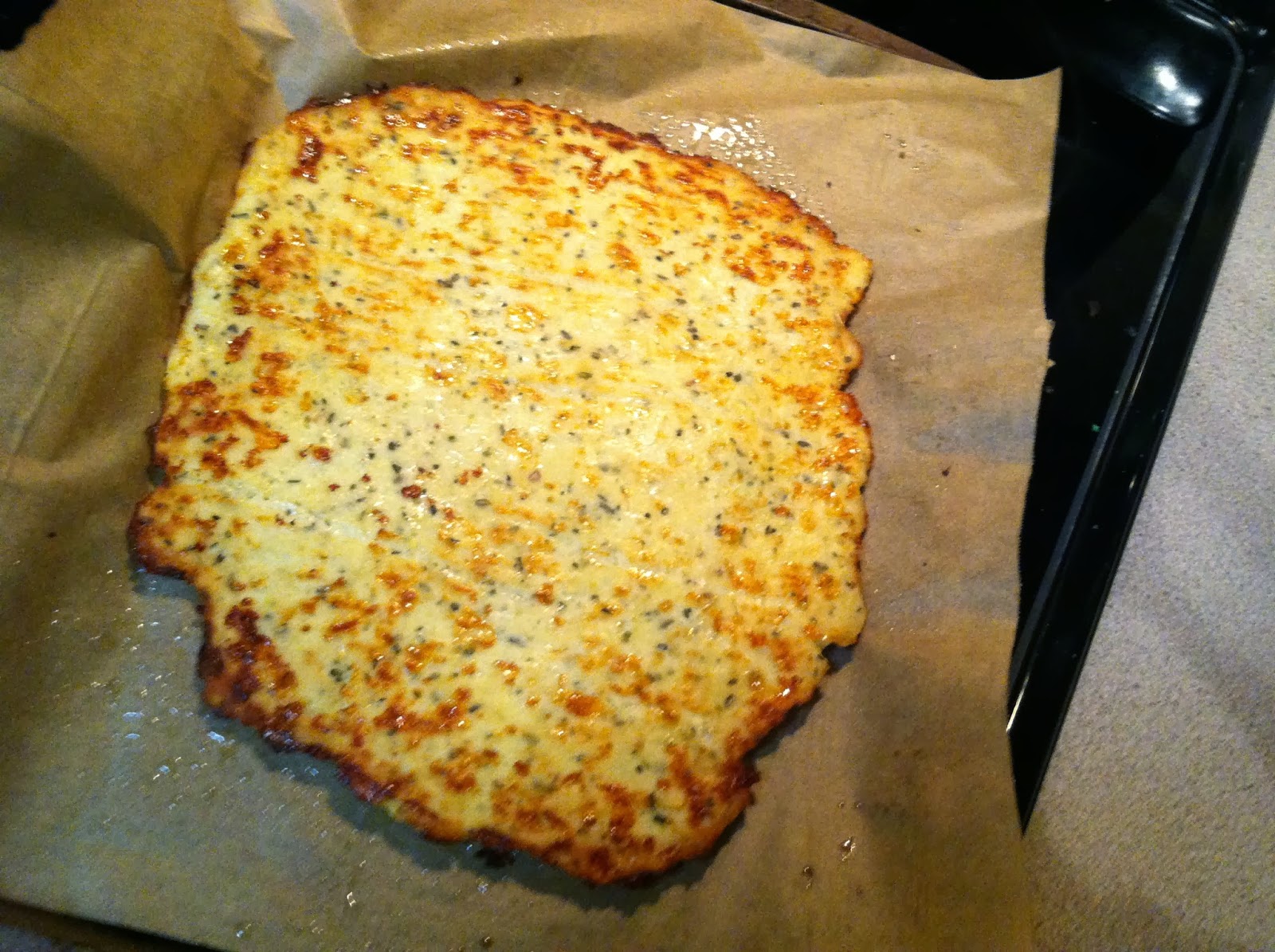 Take the pizza from the oven and flip it over and cook an additional 5-10 minutes. 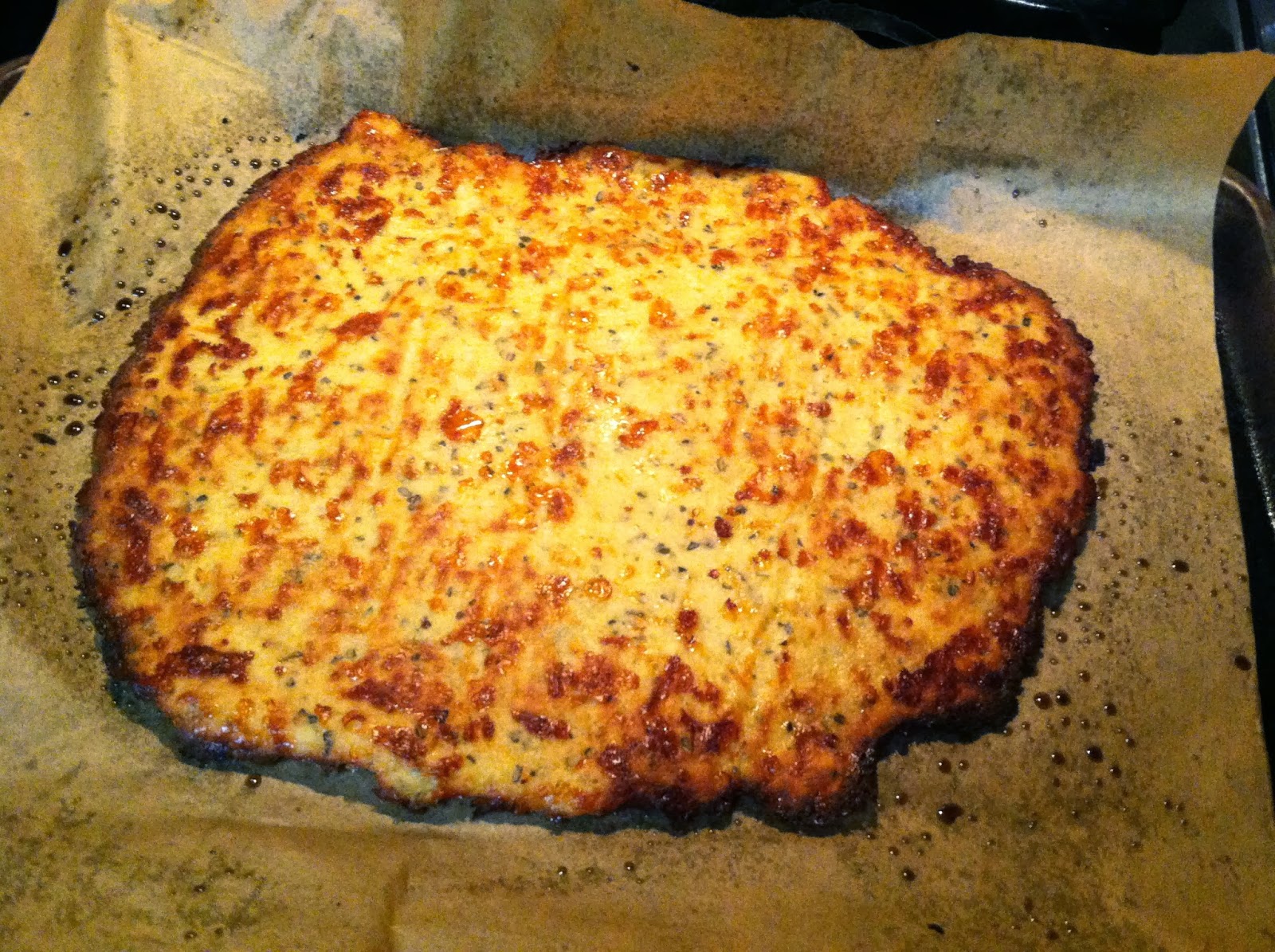 Remove from the oven and top as you would a pizza and place the oven on broil.  Cook just until your toppings/cheese are melted.