Posted by The Husband on November 25, 2013
No - that's not a typo.  Think of it as Oak Smoked Shrimp and Grits.  When the fine folks at Outdoor Gourmet sent our goody bag, I knew I wanted to make do shrimp and grits.  It's the quintessential coastal southern dish. 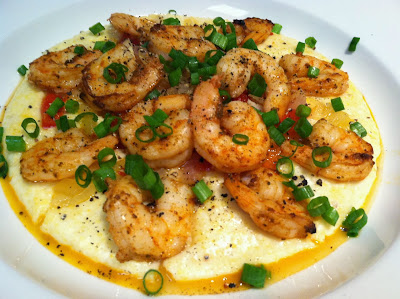 I love shrimp and grits, and I really love them grilled on a plank.  Plank-roasting the shrimp gives an extra depth of flavor and smokiness that you just don't get on the stove top.

Now obviously, grits are a key component of this dish.  And, as was astutely noted in My Cousin Vinny, "No self-respecting Southerner uses instant grits."  I highly recommend  Palmetto Farms

Regardless of what it says on the packaging, I've found the best grits come from equal parts whole milk and chicken stock.  It will give you a richer, creamier grit - thus improving your overall shrimp and grit experience.

Directions:
Cook your grits as directed on the package, they'll take about 45 minutes.  While your grits are cooking, work on the shrimp. Melt your butter and stir in the Old Bay.  Toss in the shrimp and let them set for 15 minutes while you chop the onion, pepper and garlic. 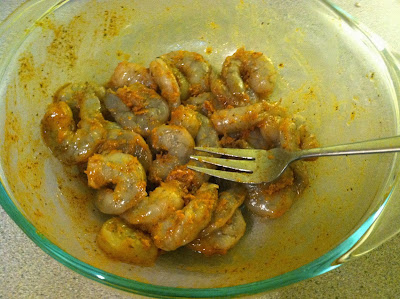 Arrange your shrimp on the plank and set aside while your grill is preheating. 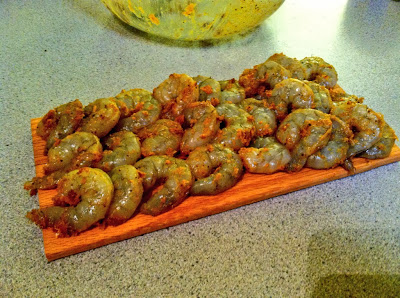 Meanwhile, saute the onions, garlic and pepper in olive oil for about five minutes.  Add the chicken stock and let it simmer/reduce while your shrimp are cooking.

Place your shrimp plank on the grill, and cook - just until they're pink - about 3-5 minutes. 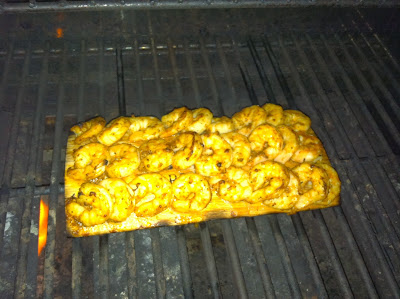 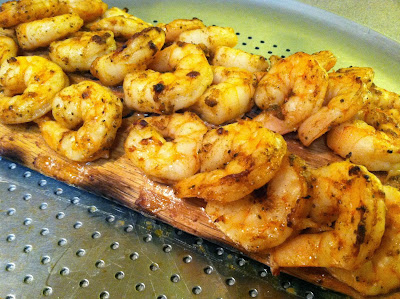 Once your shrimp are cooked, toss them in the reduced onion, garlic and pepper mixture, and serve over grits.  Garnish with sliced green onion.