Tostones and a Beach Bar in St. Maarten

Posted by The Husband on August 29, 2010
There are a lot of pictures in this post and a background story, but there IS a recipe at the end - and it IS worth making it to the bottom.
The Wife and I were in St. Maarten a couple of weeks ago. We'd read about this new "restaurant" that was really a beach bar, located on a beach on Simpson Bay. Karakter Beach Bar , is an interesting concept - because of the location (parallel to the airport runway) they couldn't construct a building, so they gutted a school bus and converted it to a central hub of their beach bar. 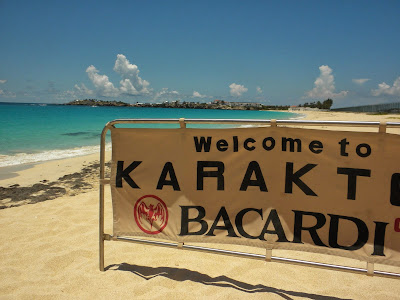 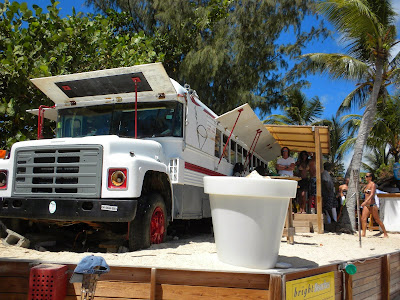 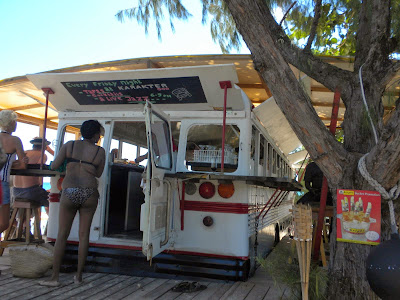 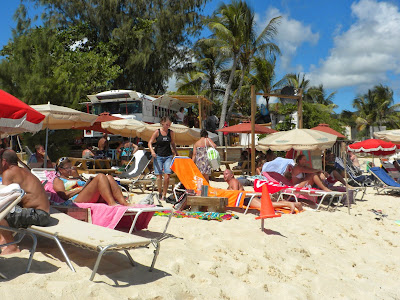 We had read on Trip Advisor about the food, and it did not disappoint. We ordered dates and plantains wrapped in bacon and coconut shrimp - both were outstanding, especially when accompanied by a bucket of Amstel Bright (a Caribbean only brew made by Amstel in Curacao). 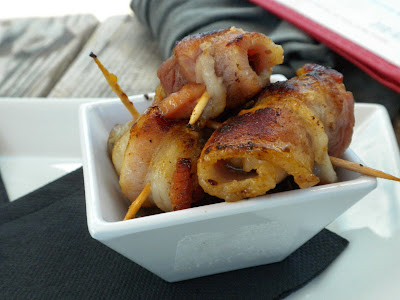 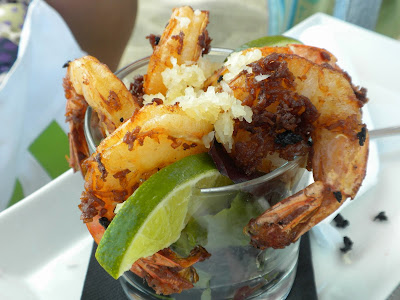 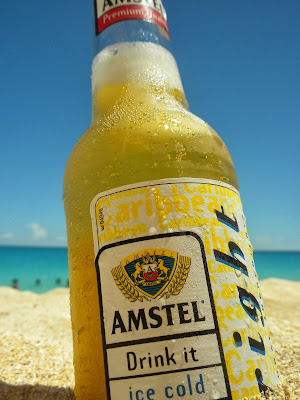 Fast forward to this past weekend, and we were having friends over for an island feast (post on that coming later) and we thought the plantains wrapped in bacon would be a perfect starter. I looked up a recipe (several recipes) and they all specifically called for green plantains...OK...that didn't make sense to me, but they were the chefs. Off to the store we went for bacon and green plantains.
Thankfully we did a trial run before anyone arrived. I sliced the green plantains, wrapped them in bacon and fried until the bacon was crisp, as instructed, and pulled the batch out. Hoping to be transported back to islands, Jimmy Buffett playing in the background, we each took a bite.
And then reached for a paper towel to spit it out. Instead of warm, sweet plantain with a salty bacon jacket we were rewarded with something that tasted like a raw potato with burnt bacon.
Two things:
1) I was right, the chefs were wrong - unripe green plantains taste like crap raw potato and frying in bacon doesn't help.
2) Deep frying bacon makes it too crisp, because it cooks too fast to cook whatever you've got in side it.
We scrapped that recipe and The Wife went to stuffed jalapenos. I think when we attempt those again I'll cook the bacon in the oven, so it's soft enough to wrap around a cooked plantain and add it at the last minute.
So now we had three more green plantains that we decided to let ripen on the counter. That was last Saturday. One week later, this is what the ripe plantain looked like. 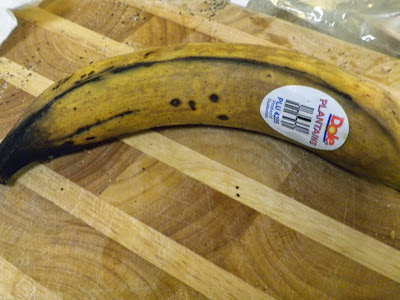 I decided to give it another shot.
I tried the bacon wrapped plantains again, but the bacon gets too crisp. I went on to the classic plantain recipes - Tostones.
If you've ever eaten at Kuba Kuba, tostones are the plantain "chips" that you get on the side.
The Wife was scared of plantains at first, because she hates bananas. But when cooked, these aren't banana-y at all. They're sweet from the caramelized sugar in the plantain, and they're a little salty, and like at Kuba Kuba they're perfect with a little Sriracha.
This recipe really couldn't be any easier to make.
Ingredients
1 plantain
Deep Fryer (you can also do this in a pan, if you flip them)
Salt, Pepper and Garlic to taste.
Directions
Preheat oil to 350.
Slice the plantains diagonally into 1 inch slices. 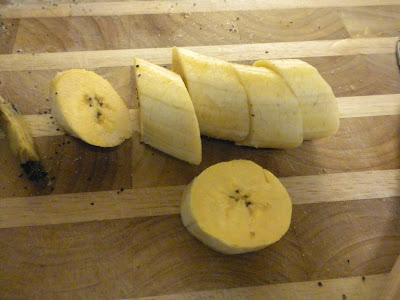 When oil has reached temperature, drop in plantains and fry for 2-3 minutes, until they've stared to turn golden, but not quite cooked through. 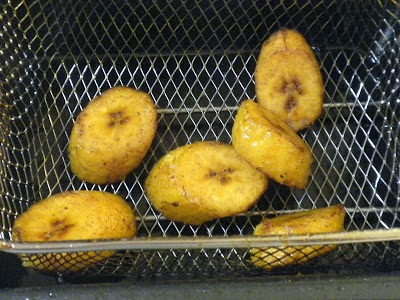 Remove from oil and, using a wooden spoon, "smash" the plantain to about half of it's thickness - about 1/2 inch. 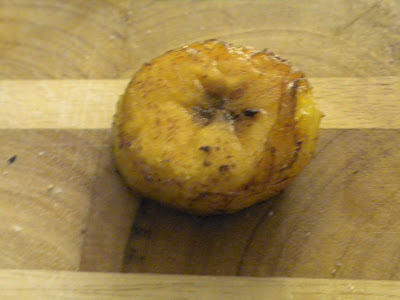 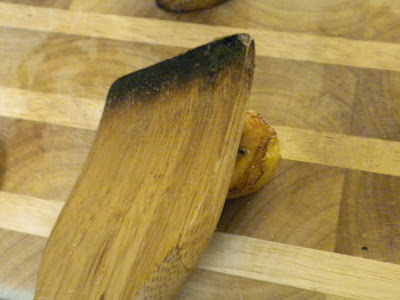 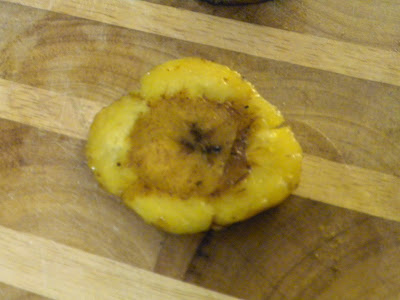 Return smooshed plantain to the oil and fry for another minute or two, until a dark yellow/brown color. 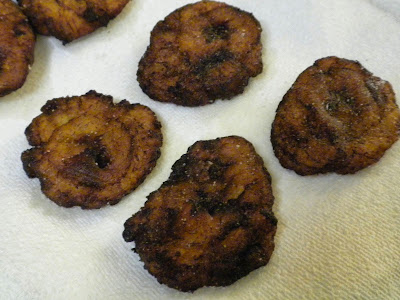 Remove from the oil and season lightly with a little salt/pepper/garlic powder. Or get creative - these would be amazing with cinnamon and sugar, or rosemary and salt. 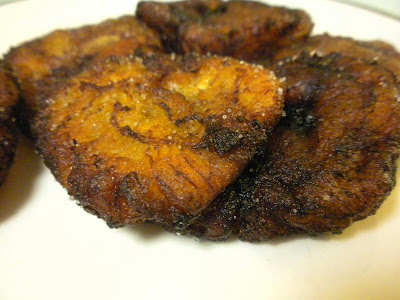